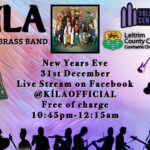 The latest batch of restrictions announced by the Irish government last week mean that most concerts and performances that had been scheduled between now and the end of January have been cancelled or postponed. However some groups are proceeding with virtual events including Kíla. Kíla will be performing online on New Year's Eve. The concert will feature Kíla and, oddly … END_OF_DOCUMENT_TOKEN_TO_BE_REPLACED 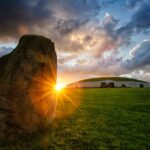 Newgrange is one of Ireland's most famous ancient sites. Every year during the winter solstice the sunlight is able to enter the passage grave. You can read more about the magical annual event over here. This year the site will be closed to the public, but you'll be able to follow the winter solstice online with a live stream being offered by the Irish government's office … END_OF_DOCUMENT_TOKEN_TO_BE_REPLACED

In the current economic climate we’re all looking for ways to keep ourselves entertained without breaking the bank.

This site highlights free or good value options online and in Ireland.